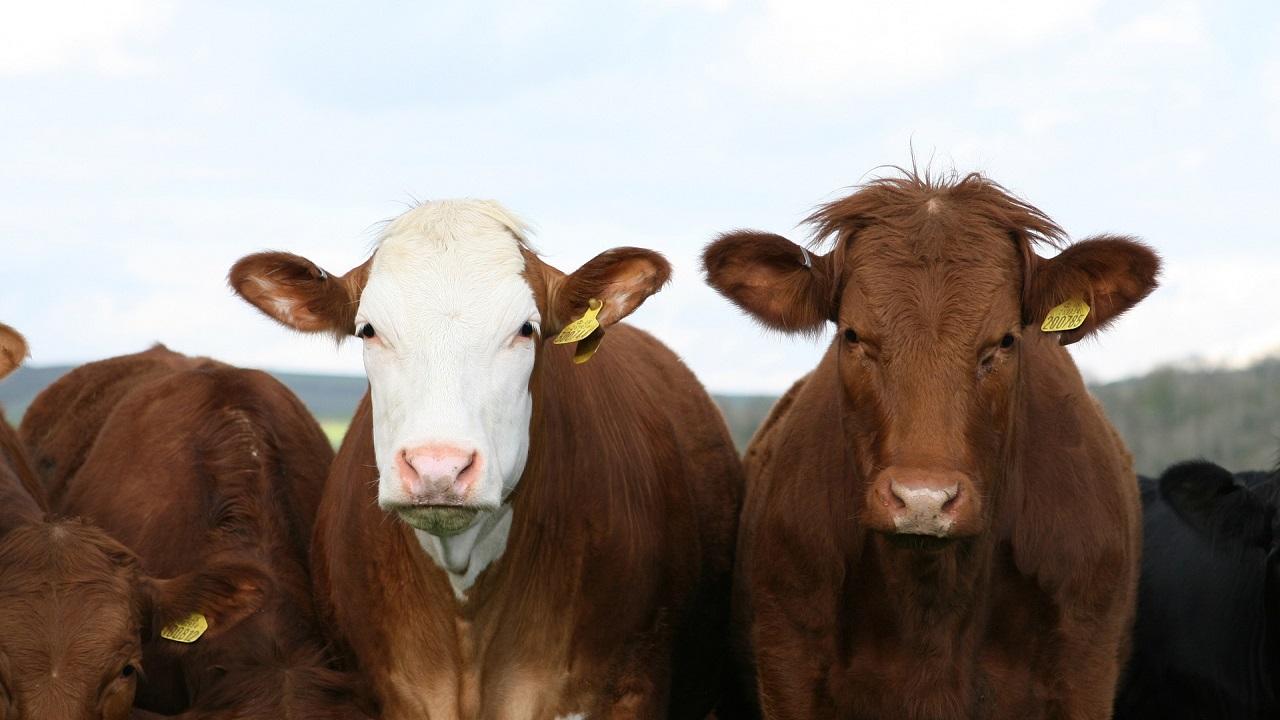 *Download a printable pdf version of this article here.

Anaplasmosis is an infectious parasitic disease of cattle caused by the rickettsial pathogen Anaplasma marginale. This organism multiplies in the bloodstream where it invades red blood cells, which are then destroyed by the animal’s immune system. Anemia results when the animal’s body destroys red blood cells faster than it can produce new ones, which can lead to death.

The disease occurs around the world and is endemic in many parts of California. It is very costly to producers in terms of cattle losses, reduced productivity, and reproductive disorders, with the impact estimated in the millions of dollars in California alone.

Anaplasmosis is the most prevalent tick-transmitted disease of U.S. cattle. Hard-shell ticks (Dermacentor spp. in the U.S.) can harbor A. marginale in their tissues and infect cattle during feeding. The disease can be spread via blood from an infected or carrier animal to a susceptible animal by biting insects, such as mosquitoes and stable flies. The organism can also be transmitted through contaminated equipment during routine management practices including vaccination, castration, ear tagging, tattooing, and dehorning. This route is often responsible for cases that occur outside of the normal vector season or in areas where tick vectors are absent. Wild ruminants such as deer (primarily black-tailed deer in CA) and elk can carry the disease and act as reservoirs of infection where grazing areas are shared by free-ranging ruminants and cattle.

All cattle are susceptible to infection, but factors such as age at time of infection, breed, strain virulence and abundance of ticks and other vectors influence the development of clinical disease. Disease severity is greater in older cattle, but cattle can be infected at any age. Once an animal is infected and survives the disease, it develops long-term immunity. However, it also becomes a carrier that can be a source for transmission to other cattle.

What are the clinical signs of anaplasmosis?

Calves that are less than 1 year old usually show no clinical signs, but can become lifelong carriers. Clinical signs increase in severity in older cattle. Cattle up to 2 years of age show moderately severe signs, and those over 2 years of age often become very ill (about half die in the absence of early treatment).

How is anaplasmosis diagnosed?

A tentative diagnosis of anaplasmosis can be made based on geographic location, season, and clinical signs. However, additional testing is required to confirm a diagnosis. The organism is visible at the microscopic level 2-6 weeks after transmission and can be identified by testing of blood samples. Serologic testing, including msp5 ELISA, complement fixation, card agglutination tests, and PCR-based testing is often required in later stages of the disease when the bacteria may be present in lower numbers.

How is anaplasmosis treated?

Anaplasmosis in cattle is commonly treated with tetracycline antibiotics (tetracycline, chlortetracycline, oxytetracyline), which are most effective in the early stages of the disease. Clearance of carrier animals through antibiotic treatment has been reported but requires multiple doses over long periods. Blood transfusions may be required in severely affected animals.

What is the prognosis for anaplasmosis?

The prognosis for anaplasmosis is dependent upon a variety of factors. Generally, the younger the animal is at the time of infection, the better the prognosis.

How can anaplasmosis be prevented?

The potential for significant economic losses makes anaplasmosis prevention an important part of herd health management. Prevention measures vary with geographic location and prevention of the disease is complicated by many factors.

It is important to discuss decisions with your veterinarian to ensure proper management based on location and other factors.