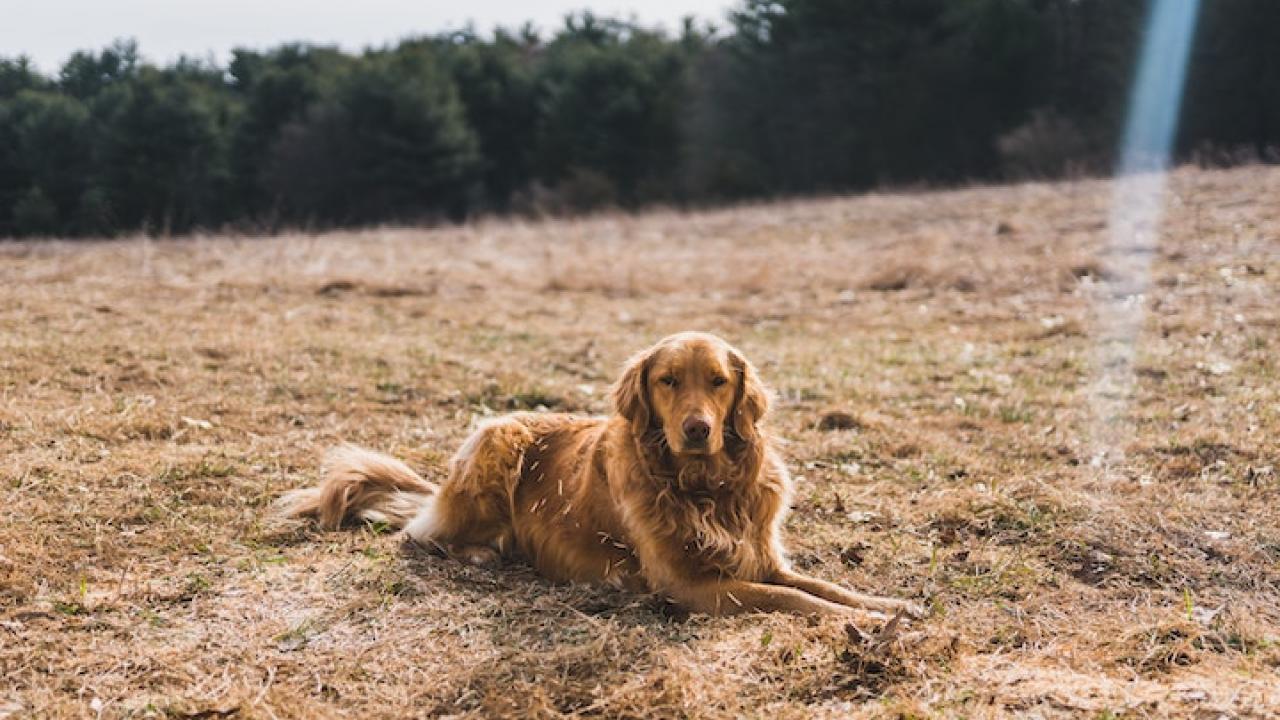 Call 530-752-1393 to schedule an appointment with the Nutrition Service or the Small Animal Internal Medicine Service.

The liver is responsible for many important functions including the removal of by-products from the digestion of food, the absorption of food and the production of proteins necessary for normal blood consistency and clotting as well as other key molecules involved in metabolism. Different liver disease processes can all lead to progressive damage and destruction of liver cells and can ultimately lead to what is termed liver failure. The initial damage usually results in leakage of certain enzymes from the liver cells into the bloodstream. The elevation of these liver enzymes on a blood test indicates that a patient may have a hepatopathy (liver disease) but does not indicate whether the patient is in liver failure or not. Measuring substances made by the liver such as blood glucose, cholesterol, bilirubin and albumin provides insight into liver function. When the liver fails, some or all of these substance can become low. Special tests such as a bile acid test are often used as well to further diagnose liver failure. Once a diagnosis of liver disease is made, dietary therapy may prove beneficial in preventing further damage and in ameliorating the consequences of liver failure.

Liver Disease
In many cases, elevation of liver enzymes alone does not warrant a dietary change. In some instances, if the liver enzymes are consistently elevated, the pet may benefit from supplemental antioxidants. Liver cells may be partially protected from further damage when additional antioxidant precursors or antioxidants beyond those found in the diet are given. Some veterinary nutritionists and veterinarians recommend supplementation with Vitamin E, Vitamin C, S-adenosyl-methionine (SAMe) and/or silymarin (Milk Thistle), but it is important to note that the exact mechanism of action, dosing and efficacy of these supplements are still under investigation. The branched-chain amino acids (BCAA), leucine, isoleucine and valine, have also been suggested as beneficial supplements for humans. Low blood concentrations of BCAA can occur in liver disease, but it is very unclear whether supplementation is justifiable given their high cost and the lack of conclusive evidence that they are beneficial. Protein restriction is NOT recommended in many cases for animals with liver disease based on evidence from research in humans. It is believed that the protein requirement may be increased and unnecessary restriction can reduce the production of important proteins like albumin. Reduced albumin concentrations put the animal at risk for abnormal fluid accumulations such as ascites (abdominal fluid). However, protein restriction can be crucial in treating the small number of patients with clinical signs of protein intolerance (hepatic encephalopathy or HE; see section below), but may be detrimental in patients without signs of HE.

Copper Storage Diseases
Some dogs store increased concentrations of copper in their liver due to a genetic abnormality or secondarily due to another underlying liver disease. Increased concentrations of copper can potentiate oxidative stress and result in further liver damage. To minimize this damaging accumulation, dietary copper is often restricted. In addition, dietary zinc may be increased, as higher concentrations can reduce the uptake of copper from the gut. The effectiveness of decreasing copper and increasing zinc is difficult to monitor since it requires serial liver biopsies. It should be noted that it is unknown if the copper that accumulates in the liver is available for use by the body. Thus, many veterinarians will monitor a pet's blood count to ensure that they are not developing an anemia due to excessive copper restriction.

Liver Failure
Patients diagnosed with liver failure may benefit from dietary treatment as described above for patients with liver disease. Typically, no additional nutritional recommendations are made unless the patient is suffering from urate urolithiasis (please request hand out entitled "Urolith Management") or from hepatic encephalopathy (see section below).

Hepatic Encephalopathy
Some patients with liver failure lose the ability to remove the normal by-products from digested and absorbed food from the circulation. Therefore, these by-products remain in the circulation and lead to metabolic and clinical abnormalities. These adverse effects are frequently manifested as neurologic signs, referred to as hepatic encephalopathy (HE). HE can be manifested as lethargy, "spacy" looks or "star gazing", or even seizures. The onset of these clinical signs is frequently associated with the consumption of a meal. Foods high in protein are frequently associated with the development of clinical signs because one of the break-down products of protein is ammonia. Ammonia is hypothesized to be one of the key triggers of HE. Along with diet, certain medications can also reduce the side effects of excess circulating ammonia. The source of dietary protein can significantly influence the manifestation and severity of HE. Based on research and clinical experience, meat-based protein sources trigger a more severe response compared to vegetable and dairy proteins. Therefore, cottage cheese or egg-based diets are commonly utilized, as are vegetarian diets for dogs with HE. Cats have too many special nutritional needs as carnivores to be able to do well on a vegetarian diet. Another approach is to decrease the amount of protein in the diet since many of the HE triggers are found in or are associated with protein. This strategy can be effective, but can also lead to protein malnutrition if the animal is not eating enough food to meet its daily energy needs. Most pets with clinical signs of HE have a liver that is not efficient at using dietary protein and, thus, may actually need more protein and not less. This is why protein is not restricted in pets with liver disease unless they have clinical signs of HE. Even when pets have signs of HE, many veterinarians will slowly increase the amount of protein in the diet (for example, by adding small amounts of cottage cheese) in an attempt to maximize the amount of protein the pet is consuming without causing signs of HE. Monitoring blood albumin concentration, along with a physical exam and information regarding your animal's food intake, can assist your veterinarian in determining if your animal suffers from or is prone to protein malnutrition.

Progression
Unfortunately, like many diseases, liver disease can progress and become worse. Thus, patients that initially did not require protein restriction may later benefit from restriction. Caution should be taken to prevent premature restriction as discussed above. Likewise, patients with HE may require further restriction as their disease progresses. Therefore, no one diet plan works for every patient, nor does one diet work for every patient at every point in the disease. Careful monitoring of the patient can aid your veterinarian in selecting the best diet for your pet at any given point in the disease process.

No part may be reproduced without the written permission of the authors. Version 4-04.