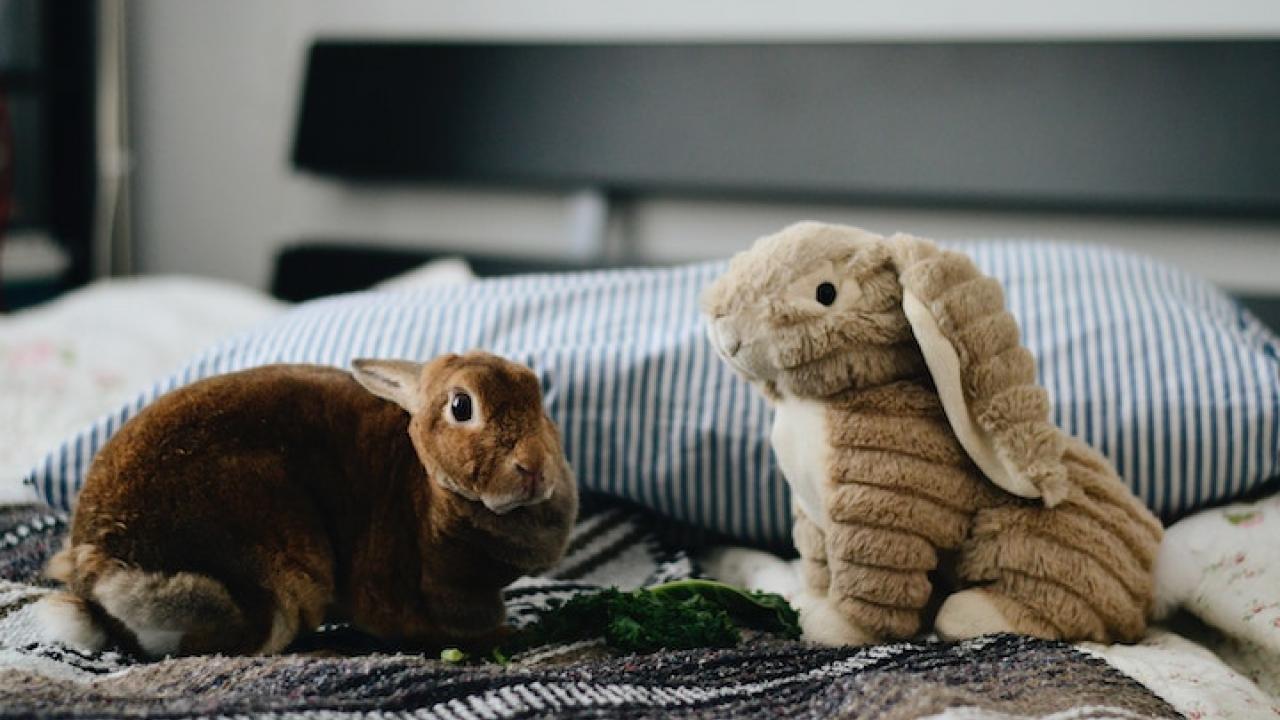 Litterbox Training Your Rabbit: The Basics

Litterbox Training Your Rabbit: The Basics

Download PDF of this "Litterbox Training Your Rabbit: The Basics" article

The popularity of domestic rabbits as house pets has increased greatly in recent years. Rabbits can make terrific indoor family pets because they are small, friendly, sociable and playful. One of the most important factors in housing a rabbit indoors is proper litterbox training. Rabbits, unlike cats, do not dig to bury their excrement; however, they may be trained to use a litterbox due to their natural tendency to eliminate in one particular location in their environment, similar to a bathroom. Young adolescent rabbits may be easily trained to eliminate in a litterbox.

They key to litterbox training your rabbit is placement of the box. It is crucial to observe where your rabbit eliminates and place the litterbox in that location. If you are planning on letting your pet roam the house part time and remain caged the rest of the time, then it is best to train your rabbit to eliminate in its cage. Initially, your rabbit should be confined to the cage with the litterbox situated in an ideal elimination location within the cage. Once your rabbit regularly eliminates in the litterbox, it may be allowed out of the cage since it will typically return to the box in the cage to eliminate. If your rabbit free roams the house without ever being caged, you should choose an area of your house where you would like the litterbox to be and pen the rabbit in the area using either a baby gate or temporary indoor pen. After your rabbit has selected an elimination spot within the penned area, place a litterbox in that location. Once a rabbit is habituated to using a litterbox, the box may be gradually moved to slightly new locations without much disturbance; however, some rabbits may continue to use the initial location even without a litterbox.

Some litters are known to be toxic to rabbits, such as clay or clumping litter, pine and cedar shavings, and litters with deodorizing crystals. Your rabbit may have preferences and aversions towards certain litter substrates; if your rabbit shuns the box even when it is in the preferred elimination location, try another type of litter until one is found that your rabbit prefers. Some commonly used litters are the rabbit’s food, alfalfa hay, or paper.

There are some common problems that may be encountered when litterbox training a rabbit. Some rabbits eliminate over the side of the box in which case a taller/larger box may be necessary. Some may push their litterboxes around so it may be a good idea to clamp the box in place. It is also important to keep in mind that rabbits cannot see in total darkness; therefore it may be necessary to use a dim nightlight in windowless areas so that your rabbit can see the litterbox at night. If your rabbit has access to a large area, you may need to scatter multiple litterboxes in different locations throughout the house. Certain stressors may disrupt litterbox use such as illness, fear, or the addition of a new pet. In these cases it is critical to address the primary problem. Some signs that may indicate an underlying illness are: lethargy, anorexia, weight loss, straining to urinate/defecate, blood in urine or stool, and diarrhea. If you suspect that your rabbit’s improper elimination behavior may be due to an illness call your veterinarian immediately. After severe stress or illness, it may take several weeks for your rabbit to resume normal litterbox use.

Sexually mature intact rabbits may begin urinating and defecating outside of their litterbox as a way of marking their territory. The best solution to this behavior problem is to spay or castrate your rabbit.

It is important to keep in mind that some rabbits may be harder to train than others therefore you must remain patient and never punish the rabbit for accidents, rather use lots of positive reinforcement (praise, affection, treats) whenever the litterbox is used! Please consult with your veterinarian if you have questions.

Learn more about parrot wellness and welfare at UC Davis