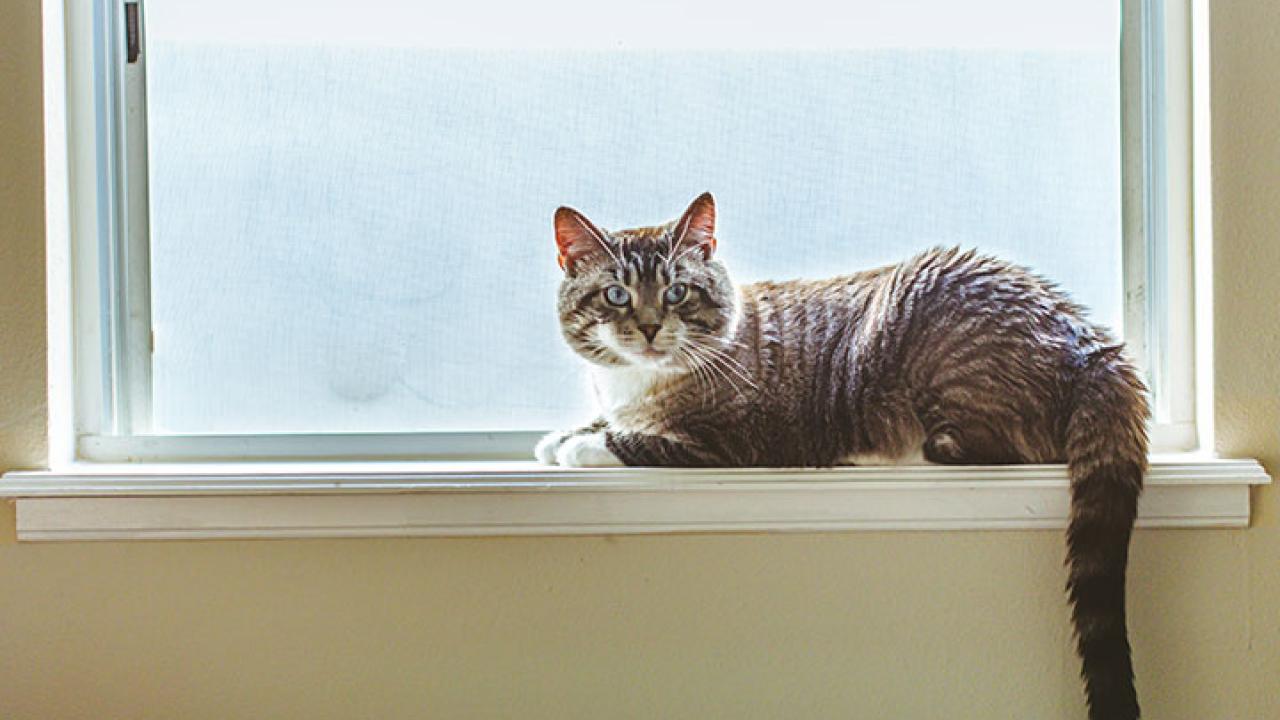 What is it? Feline mammary hyperplasia, or fibroadenomatous hyperplasia, is a benign, often drastic enlargement of the mammary glands typically seen in younger cats. This syndrome classically has a rapid onset and is demonstrated in both pregnant and non-pregnant, unspayed females. It is also seen occasionally in males and spayed females.

What causes it? In cycling females, this condition is caused by hormonal stimulation from a functional ovary. The hormone responsible for this action on the mammary tissue is called progesterone, which is necessary for fetal development. Megesterol Acetate, synthetic progesterone, is a drug that is often used in veterinary patients; this can also be responsible for the onset of feline mammary hyperplasia (an obviously unwanted side effect). In females, this drug can be used to delay the onset of heat, and in males, it can be used in certain prostate conditions. In addition, this Megesterol Acetate can be employed in treating various behavioral and skin conditions in either sex.

Is it cancerous? Feline mammary hyperplasia is a benign condition. Though it is not cancerous and is generally non-painful, the affected glands can become infected. If this occurs, the glandular tissue may become ulcerated and need to be surgically removed. It should be noted however that mammary gland cancer may be difficult to differentiate from benign hyperplasia on visual inspection, so a biopsy of the abnormal gland is often warranted to confirm a diagnosis.

How is it treated? In the cycling female, the condition is treated by a routine spay. By removing the ovary, the body’s source of progesterone is removed and there is no longer a stimulus for mammary gland growth. If the mammary gland has become severely infected or ulcerated, a mastectomy of the affected area may be required for sufficient healing. In the case where the hyperplasia is due to synthetic progesterone administration, the use of the drug is simply discontinued. In either case, after removing the source of progesterone, the mammary glands generally return back to normal within a few weeks.