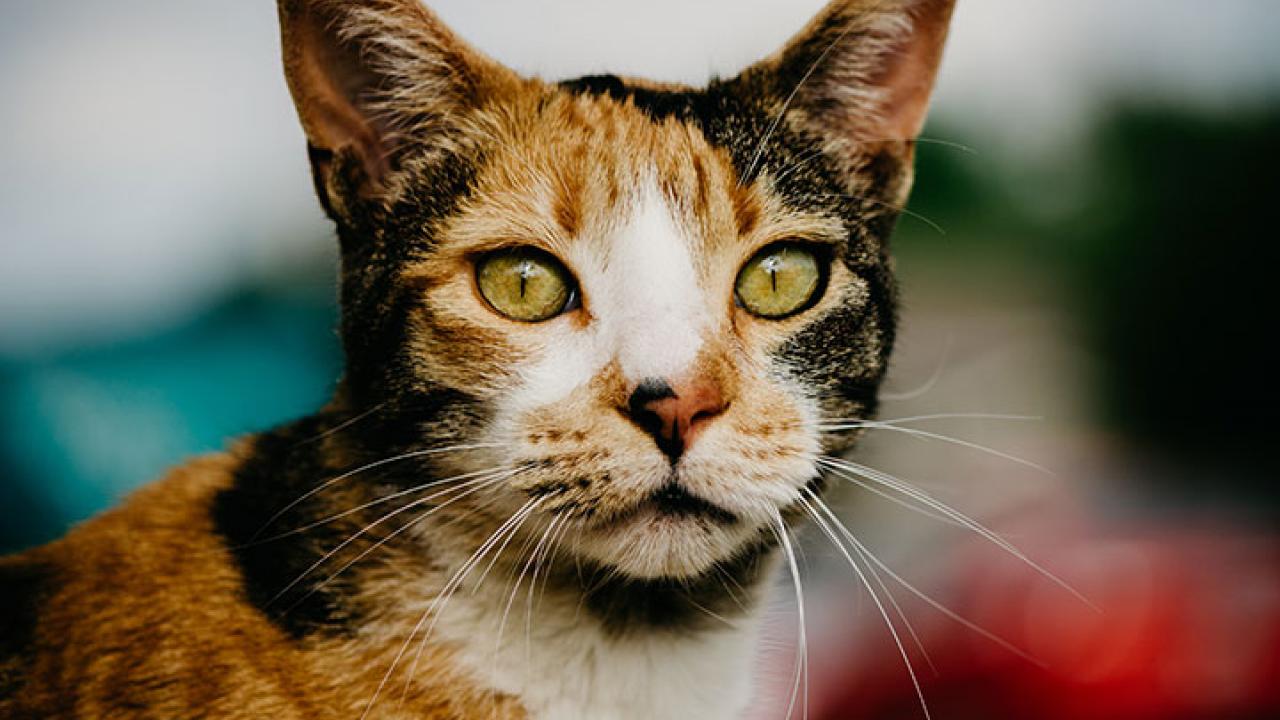 Mammary Masses in Cats and Dogs

Mammary Masses in Cats and Dogs

Call 530-752-1393 to schedule an appointment with the Internal Medicine Service.

Download PDF of this "Mammary Masses in Cats and Dogs" article

The mammary glands of dogs and cats can be affected by a variety of disorders. This paper discusses three of these conditions: feline mammary hypertrophy, mastitis, and neoplasia.

This is a benign, noninflammatory condition that is characterized by the rapid abnormal growth of one or more mammary glands. This disease appears as one of two basic forms. The first form is called lobular hyperplasia and it is seen as a palpable mass in one or more mammary glands in intact (unsprayed) cats 1-14 years old. The second form of the disease is called fibroepithelial hyperplasia, which can occur in any of the following: young, cycling or pregnant cats; old intact females or males; and neutered males who have received hormonal treatment with progestins. Hyperplasia (excessive increase of cell numbers) occurs within 1-2 weeks after estrus or 2-6 weeks after progestin treatment. The enlarged glands may appear reddened, and some of the skin tissue may be dying. Swelling of the skin and both hind legs is common, and the condition can easily be confused with acute mastitis (see below). Ovariectomy (removal of the ovaries) or mastectomy (removal of the mammary gland) is curative, although spontaneous remission may occur. Once an ovariectomy has been done, the glands regress and the disease will not recur.

Mastitis usually occurs during lactation, can involve one or several mammary glands, and can be either septic (infected with bacteria) or nonseptic. In septic mastitis, bacteria gain access to the mammary glands by entering through the nipples or through wounds, or sometimes by traveling to the glands via the blood. The most common bacteria involved in mastitis are Staphylococci, streptococci, and E. coli. Affected mammary glands are usually swollen, warm and painful. Milk from affected glands may appear hemorrhagic (bloody) or purulent (full of puss), and often is more viscous than normal milk. The bitch (female non-spayed dog) or queen (female non-spayed cat) may or may not show signs of illness such as fever, listlessness, lack of appetite and neglect of the young. Nonseptic mastitis occurs most commonly at weaning. As with septic mastitis, the affected glands are warm, swollen, and painful to the touch; however, the animal is alert and healthy. Nonseptic mastitis at weaning is due to milk stasis (galactostasis). If a postpartum bitch or queen has any signs of systemic illness, then milk from affected gland(s) should collected for bacterial culture and sensitivity. This will aid in confirming the diagnosis of mastitis and allow an effective antibiotic to be prescribed. Because the antibiotics will be passed in the milk to the nursing young, some antibiotics should be avoided (tetracycline, chloramphenicol, or aminoglycosides) unless the neonates are weaned. In both septic and nonseptic mastitis, affected glands should be warm-packed several times a day to encourage drainage and to relieve discomfort. Animals with septic mastitis that are dehydrated or in shock will benefit from fluid therapy and intravenous antibiotics. An abscessed mammary gland should be lanced, drained, flushed, and treated as an open wound.

Mammary tumors are not uncommon in dogs; in fact, the dog is the most frequently affected domestic species, with a prevalence ~3 times greater than women. Approximately 50% of all tumors in the female dog are mammary tumors, and of these ~45% are malignant. In dogs, studies have shown that ovariectomy before the first estrus reduces the risk of mammary neoplasia to 0.5% of the risk in intact bitches; ovariectomy after one estrus reduces the risk to 8% of that of intact females. The mammary glands most commonly affected are the two posterior (rear) ones. In cats ~90% of mammary tumors are malignant (adenocarcinomas). Tumors in cats are most common in older (11yr average) intact females. In contrast to dogs, the two anterior (front) glands are more frequently involved than the posterior glands. Mammary tumors are usually found during a physical exam by a veterinarian, but could be noted by astute owners performing monthly breast exams on their pets. Prognosis is determined by evaluating how quickly the tumor has grown over time, the extent of spread to the regional lymph nodes, the presence or absence of metastases (spread) to the lungs, and verifying the type of tumor present. The size of the tumor at the time of detection is an especially important factor in determining prognosis. In cats, tumors greater than 3cm in diameter have a median survival time of six months, whereas tumors less than 2cm in diameter have a median survival time of more than four years. Mammary tumors are best treated by one of several surgical options: lumpectomy (removal of the tumor alone), simple mastectomy (removal of affected gland only), modified radical mastectomy (removal of affected gland and those that share the lymphatic drainage and associated lymph nodes), and radical mastectomy (removal of the entire mammary chain and associated lymph nodes). The more complicated procedures have not been proven to prolong survival in comparison with the simpler procedures. Chemotherapeutic drugs (such as doxorubicin and cyclophosphamide) have not been proved an effective treatment for mammary tumors in dogs, but have been used with limited efficacy in cats. Radiation therapy and anti-estrogen rich compounds have also not been effective.