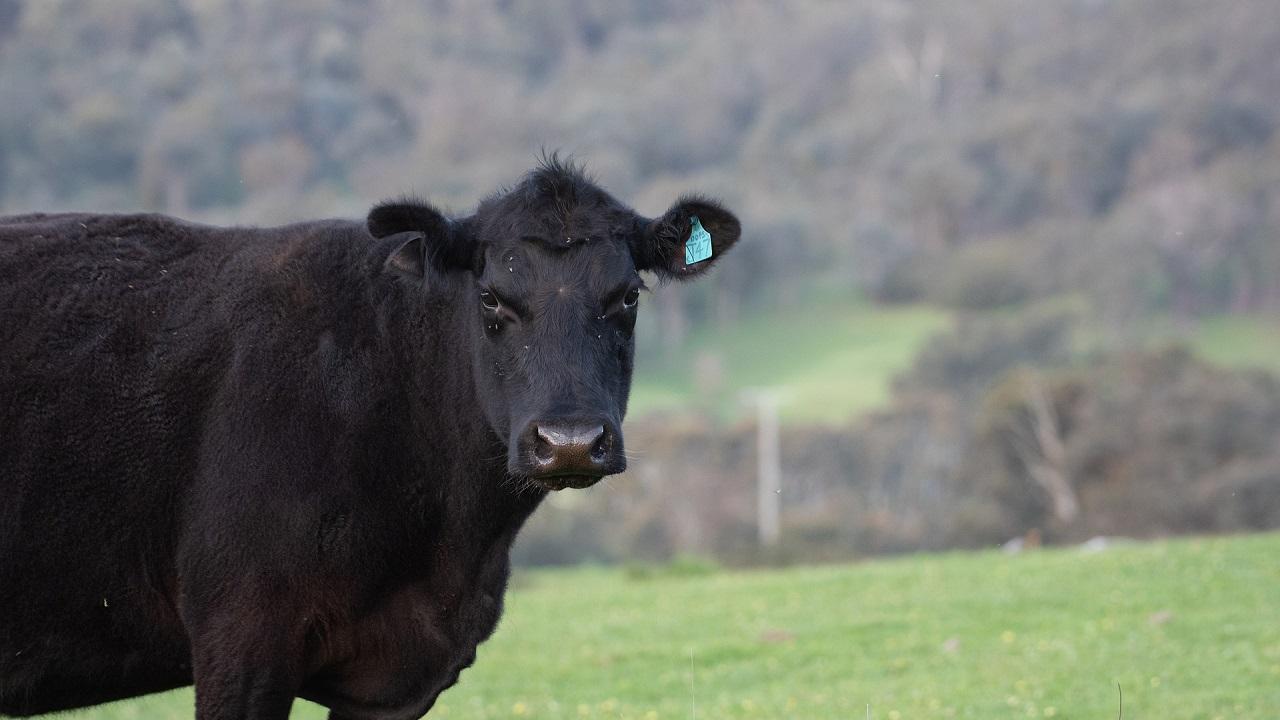 Foothill abortion in cattle, also known as epizootic bovine abortion (EBA), is a tick-borne disease caused by the bacteria Pajaroellobacter abortibovis. It is a significant problem for beef producers in foothill and mountainous regions of California, Northern Nevada and Southern Oregon. The disease has little to no impact on pregnant cows or heifers themselves, but can result in abortions or calves that are stillborn or die soon after birth. Cattle typically have minimal reaction to the bacteria, but the immunologically naïve fetus has a strong immune response. This causes extensive damage to its own tissues and organs and triggers abortion about four months after the cow is infected. Foothill abortion disease results in the death of tens of thousands of calves annually and is a major economic burden for beef producers.

Foothill abortion transmission occurs through the bite of an infected tick. The bacteria are carried by the pajaroello tick (Ornithodoros coriaceus), a soft-bodied tick that lives in decomposing plant litter and soil in or near animal beds. The tick is attracted to the carbon dioxide that cattle and wildlife give off. Tick activity is dependent on temperature and moisture, with the ticks feeding most during dry, hot months. Adult pajaroello ticks feed within an hour of attachment, in contrast to hard-bodied ticks that often attach to their hosts for several days. Only a small portion of ticks are infected with P. abortibovis (probably <10%), so not every tick can transmit the disease.   For decades, it was assumed that cows could be exposed to the tick vector up to, and shortly after, breeding. Recent studies demonstrate that infected cows can harbor the bacteria for up to 60 days. Conception during this time can result in previously unrecognized early fetal abortions.  Therefore, the current recommendation is to avoid tick exposure up to 2 months prior to breeding.

High fetal mortality has been reported for naïve pregnant cattle that are exposed to the ticks for the first time. Fetal losses in young replacement heifers have been known to exceed 40% annually in locations with long-cold winters (cold reduces tick exposure).  Losses are most dramatic when cattle are brought into an endemic area from locations that don’t harbor the tick vector. Experimental data and anecdotal accounts suggest losses can exceed 90%.  Fetal losses vary widely between geographic locations and between herds; the variables responsible are likely many and are poorly understood.  Cows that are bitten by infected ticks gain immunity to P. abortibovis that lasts for several years.  It is unlikely that immunity is life-long, so cattle probably need to be bitten by an infected tick periodically to retain immunity.

Pajaroello ticks are found primarily at elevations of 400-8000+ feet, preferring dry habitat. Low elevation areas, such as the San Juaquin Valley, wet areas such as irrigated pastures and areas with high rainfall, as found in Humboldt County, CA or the Willamette Valley in Oregon, are not considered tick habitat.  The tick lives in the soil under a variety of tree types, including oak, juniper, piñion pine, Ponderosa/Jeffries pine, large sage and mahogany.   Producers report varying disease incidence between pastures with seemingly similar habitat, but the reasons are poorly understood. Fundamental differences in husbandry practices put beef but not dairy cattle in pajaroello tick habitat, thereby making this primarily a disease of beef cattle. One of the best ways to identify problem areas is to backtrack about 4 months from a known EBA abortion and determine the area(s) where cattle were pastured.

CO2 traps can be utilized to determine if an area contains pajaroello ticks. Trapping near cattle and deer beds increases success, but failure to attract ticks does not mean they are not present.  Only hungry ticks will be attracted to the bait. The best chance of success is to trap areas where cattle or a large number of deer have not resided in recent months.

What are the clinical signs of foothill abortion in cattle?

Foothill abortion is characterized by late term (3rd trimester) abortion, or birth of weak calves, after being bitten by an infected tick 4 to 5 months earlier.  Fetuses can range in size from small and hairless (6-7 months gestation) to near or full term calves.  Aborted fetuses often exhibit enlarged livers, spleens and lymph nodes (the easiest to feel is located in front of the point of shoulder), petechial (small, red) hemorrhages around the eyes, nose and mouth as well as in the thymus. They may have  fluid-filled abdomens (“pot-bellied” appearance), though they may also appear relatively normal. Birth of weak calves is also common; such calves typically die from secondary infections and most that survive do not thrive. Adult cows do not show signs of disease prior to abortion.

How is foothill abortion diagnosed?

Historically, a combination of herd history (i.e. potential exposure to pajaroello ticks), examination of the aborted fetal tissues by a pathologist, and elevated levels of immunoglobulins in fetal blood were used to diagnose EBA.  Following the identification of the etiologic agent, detection of P. abortibovis in fetal tissues by either immunohistochemistry (IHC) or PCR and/or detection of P. abortibovis-specific antibodies in fetal fluid have augmented diagnosis.  The California Animal Health and Food Safety Laboratory  and Oregon Veterinary Diagnostic Laboratory at Oregon State University both offer P. abortibovis-specific tests in addition to standard pathologic examinations. Dams also have P. abortibovis-specific antibodies, but presence of antibody is not sufficient to make a fetal diagnosis.  Antibodies may be due to natural exposure (i.e. tick bite) that occurred months before pregnancy, late in gestation when the fetus is no longer susceptible, or post-abortion. Cow samples collected both shortly before breeding and at the time of abortion can narrow the window of when exposure occurred and assist in the diagnosis. However, if serum collected from a cow that recently aborted does not have P. abortibovis-specific antibodies, EBA can be ruled out.

How is foothill abortion treated?

There is no known treatment for foothill abortion once a cow is infected.

What is the prognosis for foothill abortion?

The prognosis for carrying the pregnancy to term is poor in naïve cattle exposed shortly before breeding or within the first and second trimester of pregnancy.   Cattle that have aborted may present with retained placentas but typically do not have long-term health issues.  Mature cattle exposed to the bacteria do not exhibit clinical signs and, from the perspective of the overall health of the cow, the prognosis is good.

The only way to prevent foothill abortion is to expose cattle when they are least vulnerable.  A live foothill abortion vaccine was released onto the commercial market in September of 2020.  It was developed by researchers at the UC Davis School of Veterinary Medicine and University of Nevada, Reno, under the direction of Dr. Jeffrey Stott. The vaccine consists of live bacteria in living cryopreserved mouse cells.  The effectiveness of the vaccine depends upon bacteria and their cell host staying alive. Therefore, the vaccine must be kept under liquid nitrogen conditions until use, similar to storage conditions for semen or embryos.  Once thawed and diluted, it must be administered within 4 hours. Trials conducted through a joint effort between UC Davis and the California Cattlemen’s Association (CCA) included over 60,000 head of commercial cattle under field conditions. These trials, along with clinical research, demonstrated that the foothill abortion vaccine is safe and approximately 98% effective.   Following transfer of technical information, Hygieia Biological Laboratories (Woodland, CA) now produces and markets the vaccine.

Who can be vaccinated?

Is a booster required? NO

Are there any restrictions at or around the time of vaccination?  YES!

If vaccination is not an option, an alternative strategy would be to move replacement heifers and other naïve cattle into tick habitat > 60 days before breeding or >7 months gestation. This would provide the opportunity for them to be bitten by an infected tick and become immune without endangering the fetus.  It is important to appreciate that pasturing cattle in tick habitat does not guarantee exposure and/or immunity. Tick-inhabited fields are best used for open heifers and cows, cows that have been previously exposed and therefore immune, or cows well into their third trimester of pregnancy.

A variety of management strategies can be utilized to reduce exposure when unvaccinated cattle are most susceptible (i.e. shortly before breeding and during 1st and 2nd trimesters of pregnancy), including: