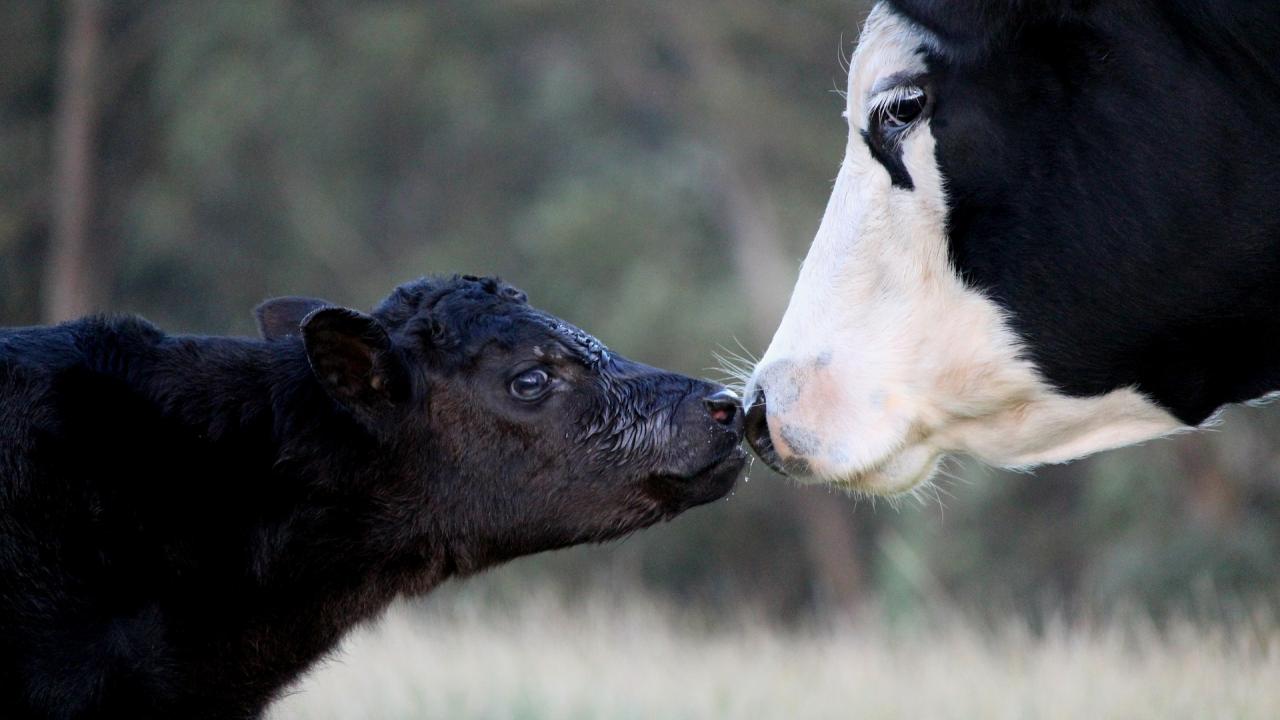 What is neonatal maladjustment syndrome?

Neonatal maladjustment syndrome occurs in newborn livestock that appear healthy when they are born but are weak, uncoordinated, lethargic, and exhibit little to no suckle reflex. They are often born by cesarean section, have a long or otherwise traumatic birth, and some have what has been considered a normal or quick birth. These animals can be difficult to manage and some do not survive. Early diagnosis and intensive treatment can be successful, but these efforts are often time-consuming and expensive.

Affected calves, also known as “dummy calves” have been reported, but other causes that lead to weak newborn calves, such as white muscle disease (selenium deficiency), hypothermia, infectious diseases (BVD, leptospirosis, etc.), and trauma, should be considered. It may be necessary to consult with a veterinarian to determine the cause and most appropriate treatment for a weak calf. The same is true for “dummy lambs” and cases of neonatal maladjustment syndrome that may occur in other livestock species.

What is the “Madigan Squeeze Technique”?

The “Madigan Squeeze Technique” (MST), or “Madigan thoracic squeeze”, is an approach developed by UC Davis veterinarian and equine neonatal expert Dr. John Madigan to treat “dummy foals”. Madigan postulates that the journey through the birth canal activates a brain switch that enables newborns to transition from a calm, sedative state in the womb to consciousness - an essential early life step for prey species whose survival depends on being alert and mobile shortly after birth. In cases where this physical transition does not occur, the newborn remains in the calm, quiet state experienced in the womb. The MST acts to simulate the physical pressure of the birth canal and transition the animal to an active and alert state.

This procedure should be performed by skilled handlers after the newborn has received a thorough physical examination.

It is recommended to perform the MST within one to two days of birth. To perform the technique: (Watch a video of the MST being performed in a foal here. View a printable version of instructions here.)

In some cases, the technique may need to be repeated several times during the first few days after birth.

What is the prognosis for newborns with neonatal maladjustment syndrome?

Early diagnosis and intensive medical treatment of affected animals can be successful, but these efforts are often time-consuming and expensive. Reports of the use of MST in livestock, which involves less time and significantly lower costs, in the scientific literature is currently limited, but promising results have been observed in a small number of animals.

A recent study reported success after utilizing the MST in two calves, one at 20 hours and the other at 6 hours post-cesarean section. After the procedure, both calves were lively, able to find their dams, and were observed suckling. No further issues were reported for either calf.

Another recent study has reported utilizing the procedure, which some term “resuscitation compression”, in newborn sheep showing signs of maladjustment. . Application of this technique to lambs with neonatal maladjustment syndrome resulted in reduced time to stand and suckle.

It has been suggested that the squeeze technique could also be successfully applied to crias with neonatal maladjustment syndrome, but no data has been reported in the scientific literature to date.

“A Cure for the Dummy Cria Syndrome: The Squeeze Maneuver” (2016)