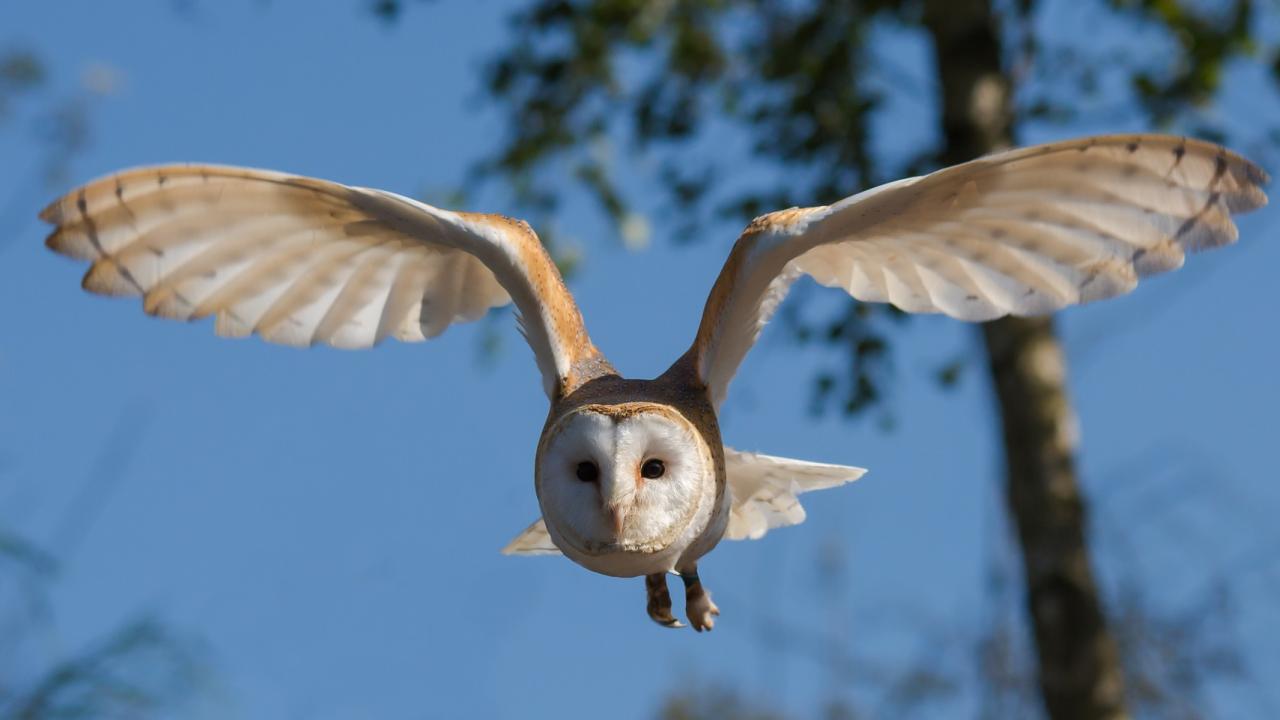 This video gives a detailed look into how anticoagulant rodenticides affect raptors and other wildlife.

Raptors, also known as birds of prey, are a group that includes hawks, eagles, owls, falcons and vultures. They are efficient rodent-controlling predators that maintain ecological balance by keeping prey populations in check. Reports indicate that a single family of barn owls can eat 1,000 - 3,000 rodents (including gophers, mice, and voles) each year. In addition to hunting live prey, many species are also scavengers.

Unfortunately, modern approaches to controlling rodent pests, such as the use of rodenticides, have unintended harmful effects on raptors and other non-target species. Anticoagulant rodenticides (ARs), a common type of rat poison, are used in many places. These ARs cause fatal internal bleeding by inhibiting an animal’s ability to recycle vitamin K, which is required for blood coagulation.

These poisons are classified as first-generation or second-generation ARs. First-generation ARs, including chlorophacinone, diphacinone, and warfarin, have a short half-life and require multiple exposures to kill target species. In contrast, second-generation ARs (SGARs), such as brodifacoum (which poses the greatest overall risk to non-target wildlife), bromadiolone, and difethialone, have a longer half-life, which means that they persist longer in the environment. They are also more toxic, so a single dose can be lethal.

Consumer sales and use of SGARs were banned by the Department of Pesticide Regulation in 2014, with purchase and use restricted to certified pesticide applicators. However, the Department of Fish and Wildlife found that these measures were insufficient to reduce AR exposure in non-target animals. Additional restrictions on SGARs, effectively banning their use statewide (with a few key exceptions), were outlined in the California Ecosystems Protection Act of 2020, Assembly Bill No. 1788, which went into effect on January 1, 2021.

Raptors are exposed to rodenticides when they ingest poisoned rodents. Poisoned prey animals may exhibit erratic movements, which attract the attention of hunting raptors. The buildup of residual toxins can lead to high mortality rates for raptors and decrease their populations. Toxins can also make exposed individuals more susceptible to fatal hemorrhage due to minor trauma or predispose them to death from stressors such as starvation or disease.

In one UC Davis-led study, 70% of northern spotted owls (listed as a threatened species under federal and state Endangered Species acts) and 40% of barred owls collected tested positive for rat poison. In another study, AR residues were detected in 84% of the birds tested. Rodenticide exposure was detected in 100% of common ravens, 95% of turkey vultures, and 67% of golden eagles. A 2010 assessment of predatory birds in urban and agricultural areas of five California counties found AR residues in 92% of birds examined, with the majority of cases having residues from SGARs.

How to Build an Owl Box

Installing a nest box on your property is an ideal way to provide safe alternatives for nesting and hunting sites, to encourage population growth for raptors and to learn about these magnificent birds.

Alternatives to ARs for rodent control include cleaning away debris and food waste, keeping grass short, repairing cracks or crevices in buildings, and introducing more raptors to the area by putting up simple nesting boxes, raptor perches, and ensuring raptor friendly habitats. In particular, installing a barn owl nest box on your property is an ideal way to provide safe alternatives for nesting and hunting sites, to encourage population growth for raptors, and to learn about these magnificent birds! The California Raptor Center (CRC) provides instructions for building nest boxes.

An injured raptor requires immediate specialized care; any delay reduces the bird’s chance for recovery. DO NOT attempt to rehabilitate the bird on your own - even giving food or water to an injured or emaciated bird can lead to its death.

Raptors Are the Solution (RATS): https://www.raptorsarethesolution.org/